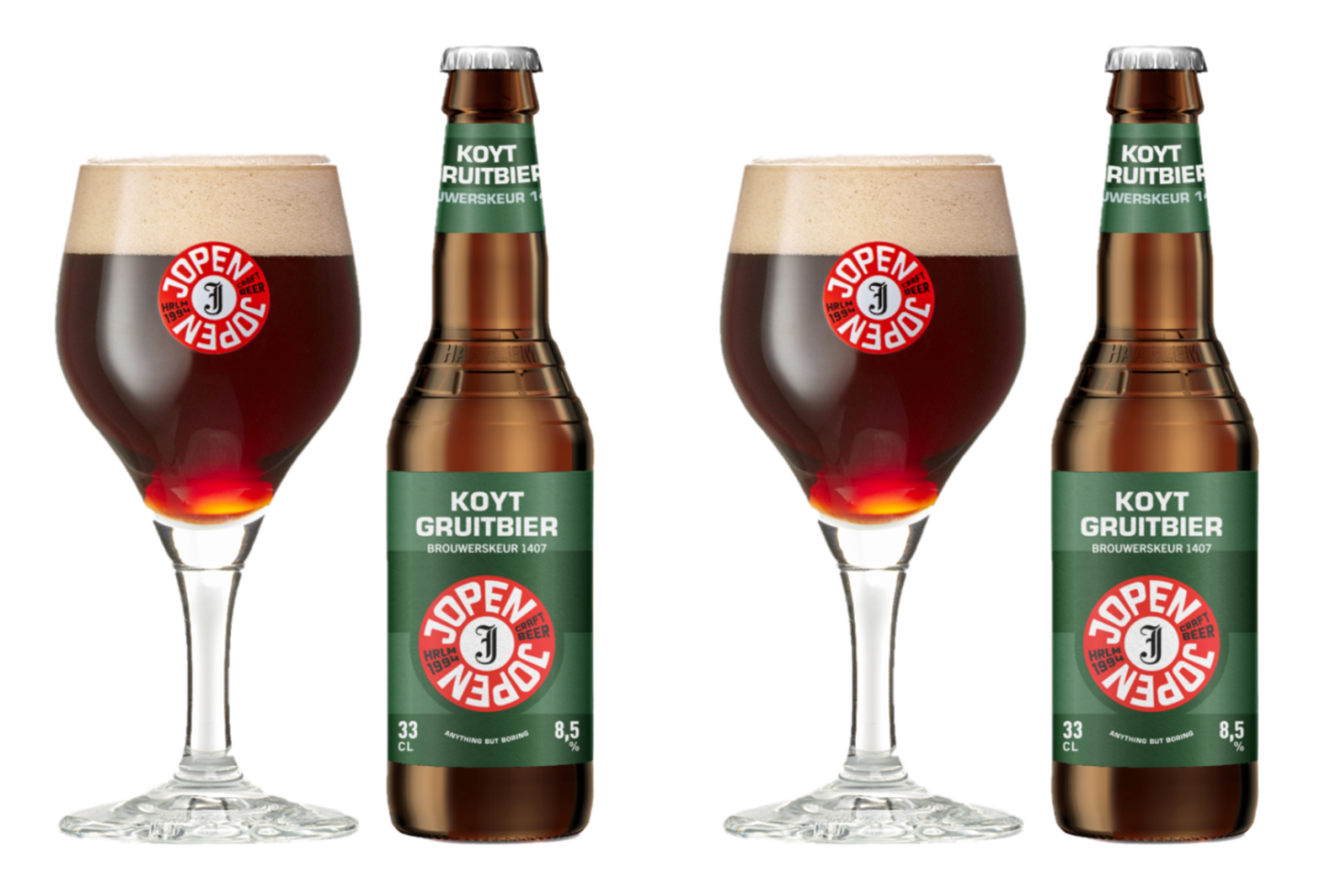 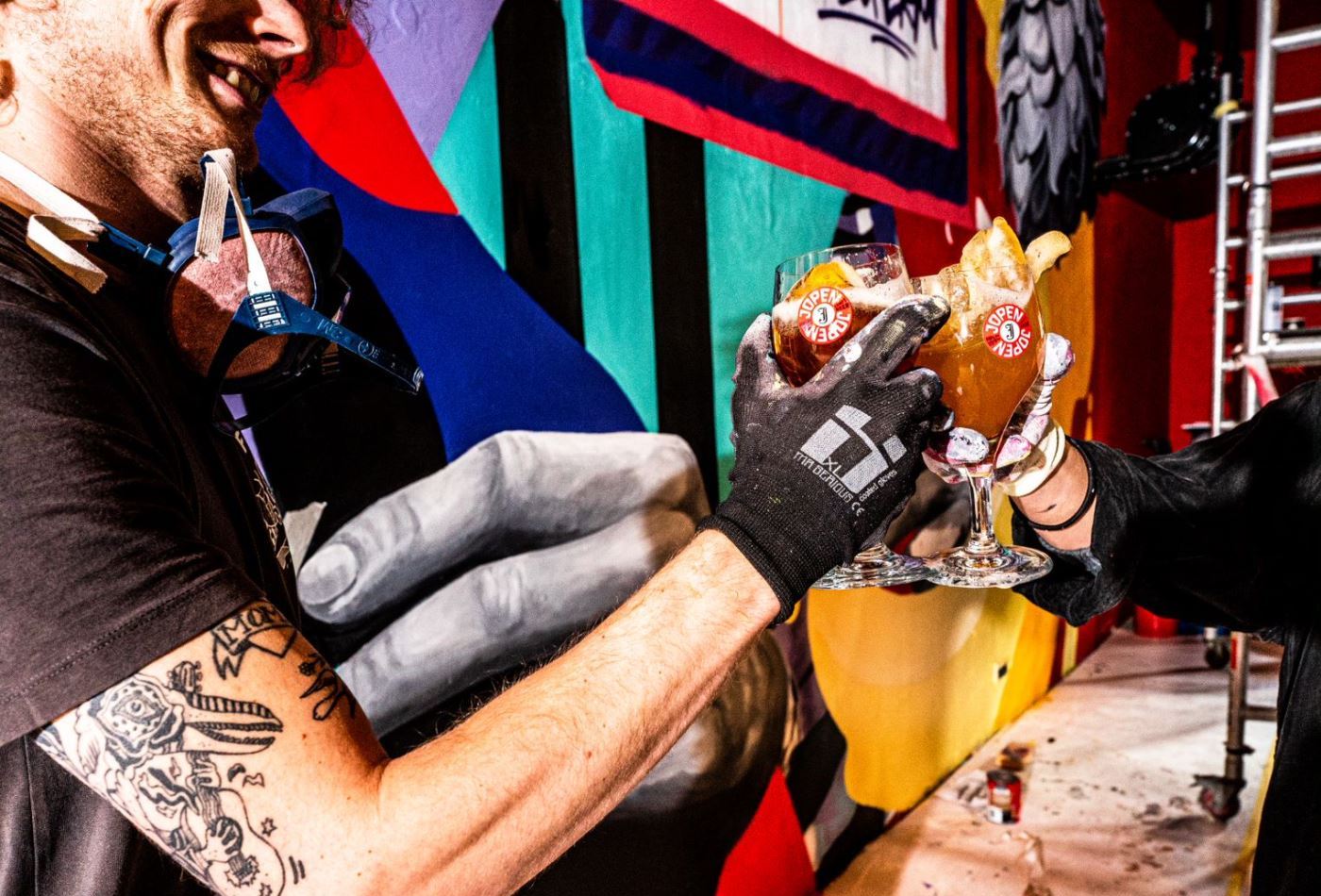 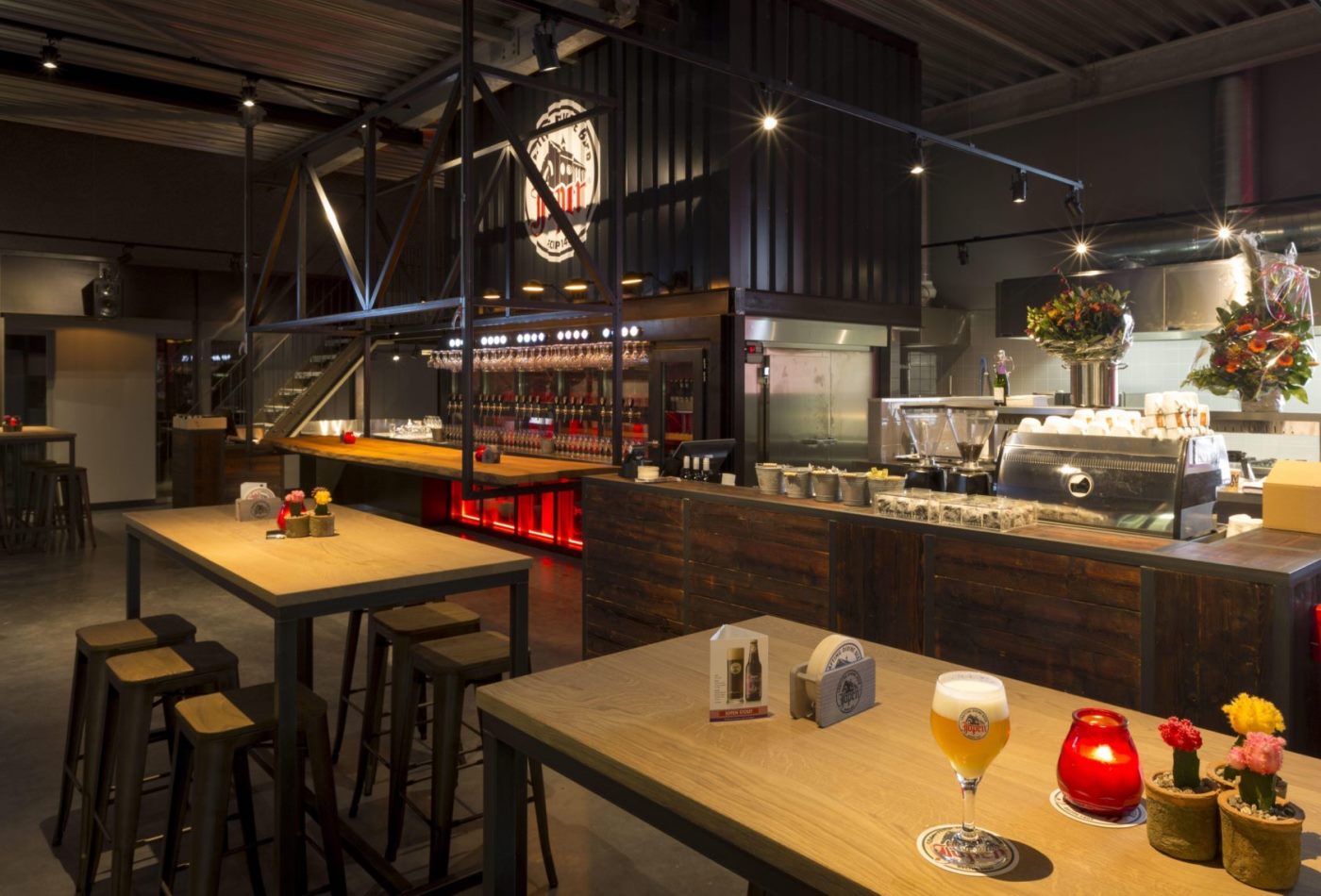 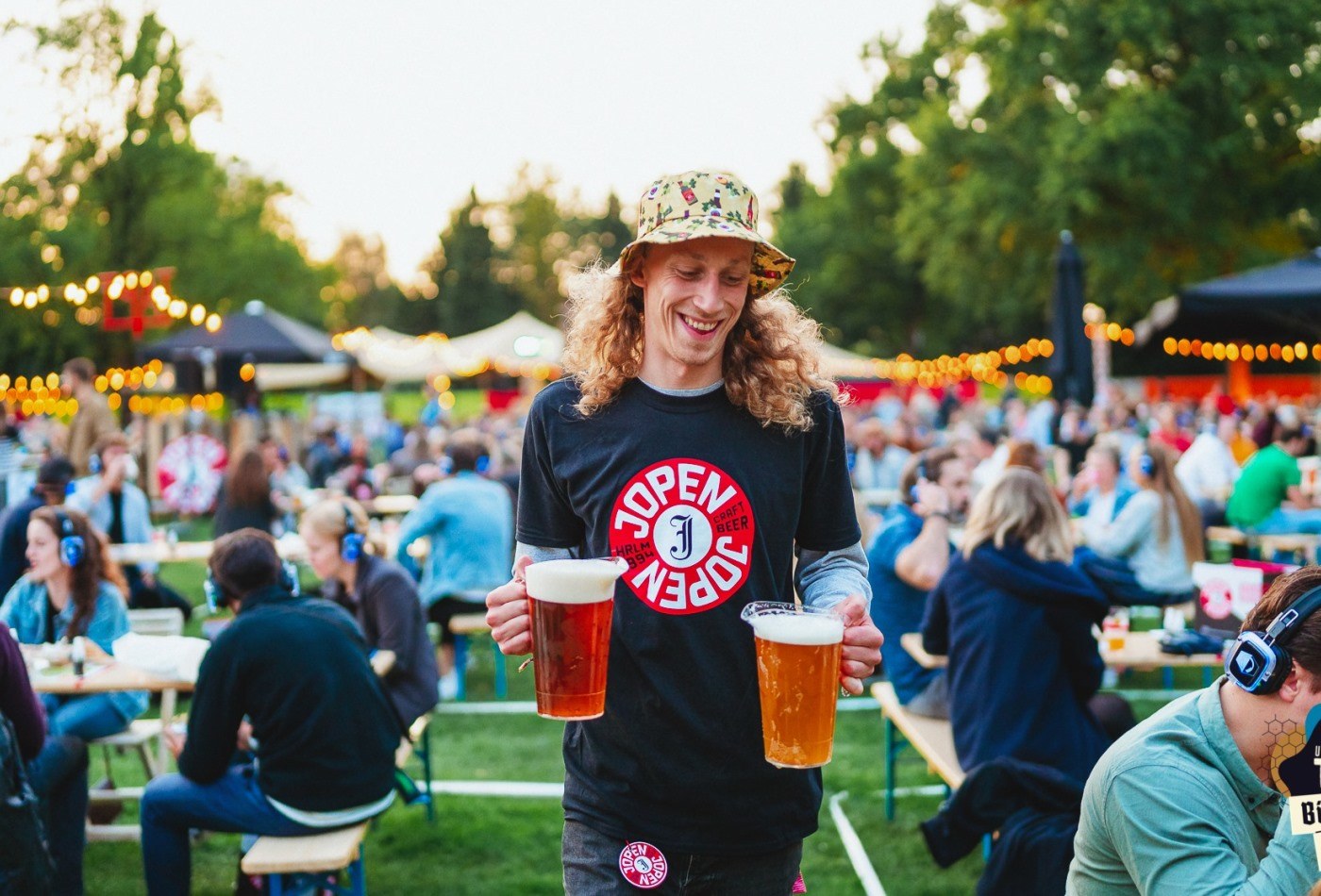 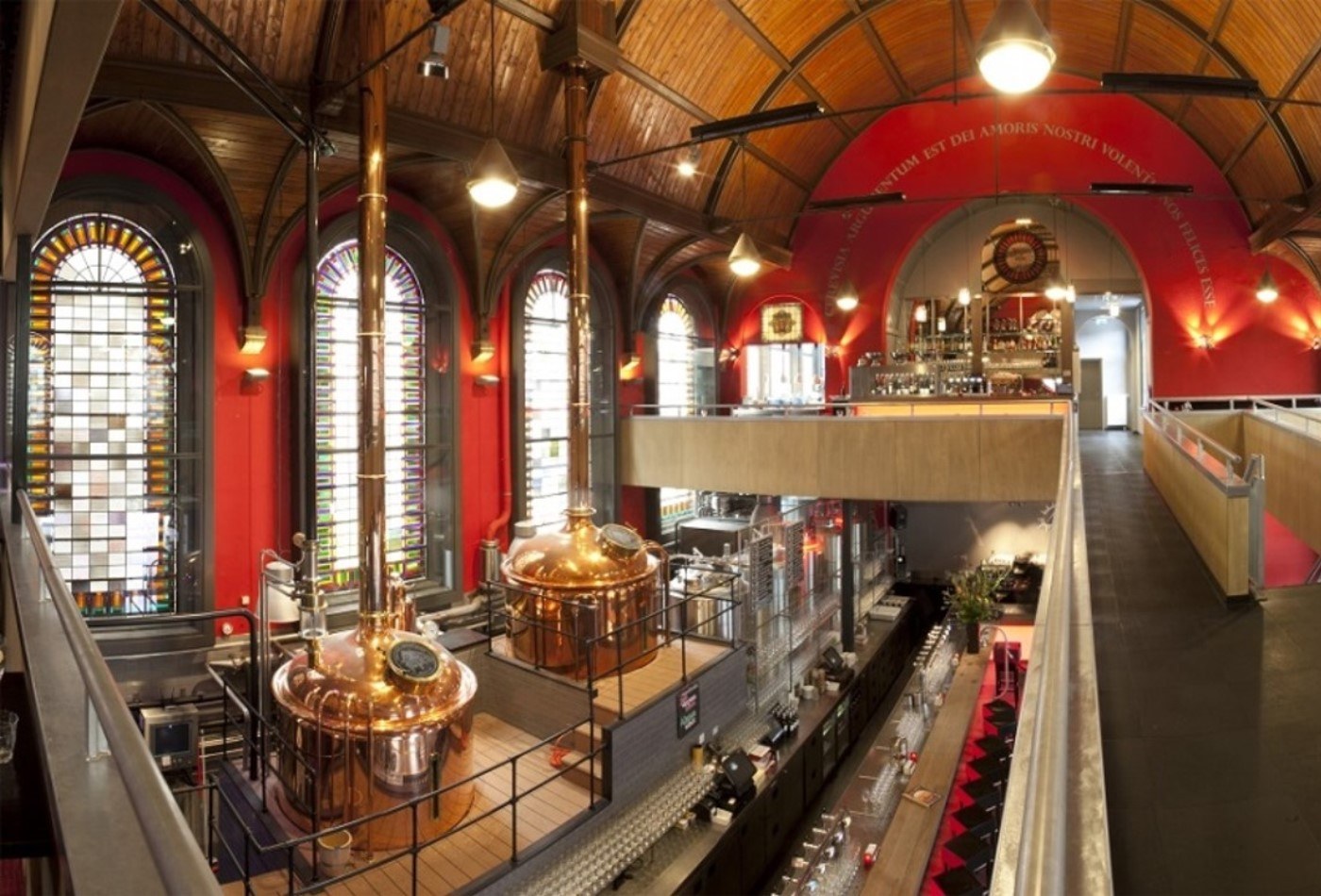 Todays Jopen beers origin was in 1992, when Stichting Haarlems Biergenootschap was founded. This community aims to wake up traditional local beer recipes and to bring them back to commercial market. Jopens second beer was Jopen Kuyt Strong Gruit, brewed according to a recipe of the year 1407.

1994 the Biergenootschap founded the brand "Jopen" and brewed its first beer together with the local university.
Just one year later they produced the first batch of Jopen Kuyt Strong Gruit.
In 2010 "Jopenkerk" was opened as bar and pub brewery located in an old church. Only three years later Jopenkerk was elected as "most beautiful bar of the Netherlands".
Since 2013 Jopen beers are brewed in a second brewing plant situated in Haarlem industrial zone.
Gruitbeers
Jopen Koyt Strong Gruit was the second beer brewed by Jopen in 1995 - and it´s still brewed today. It is a 8,5 % ABV strong three grain beer (barley, oats and wheat) and it is spiked with gale, liquorice root, coriander seeds, dried orange peel and a little hop.
Gale is famous to have narcotic effects. In middle ages people thought gale needs to be harvested by naked witches at full moon to avoid this effect. Nowadays we know that it depends of the parts of the plant you use.
Jopen Koyt Strong Gruits taste is very aromatic and complex but also light. The brown-reddish beer is a reproduction of a historic beer of the city of Haarlem brewed according to "Brouwerskeur" – a recipe declared by the local authorities - dating back in 1407. As the brewey is saying for themselves: "Tastes dangerously well".
Bitterness: 18 IBU.
Basic gravity: 21 °P.
Recommended temperature to enjoy: 8-10 °C.
Food pairing: Shell or goats cheese.
Jopen B. V.
Emrikweg 19
2031 BT Haarlem
Northern Netherlands
Netherlands