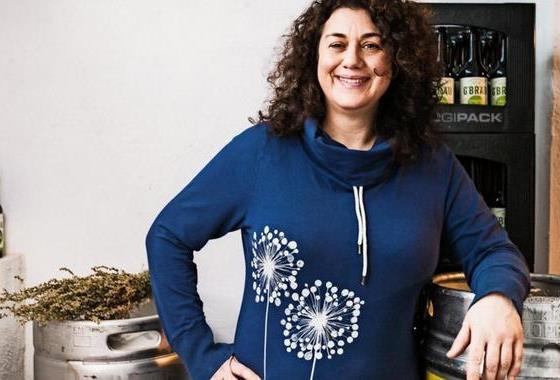 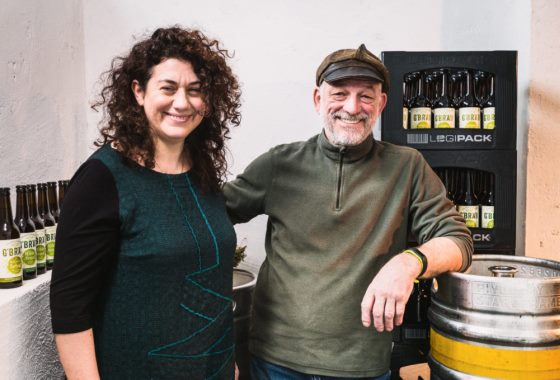 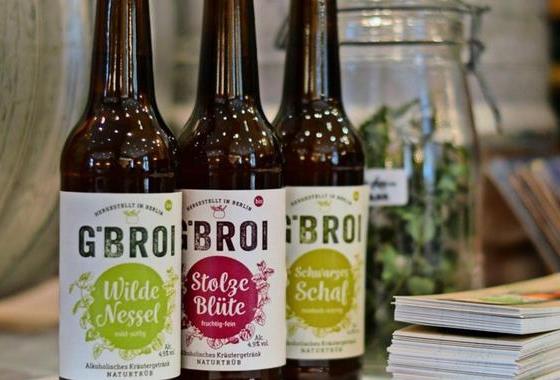 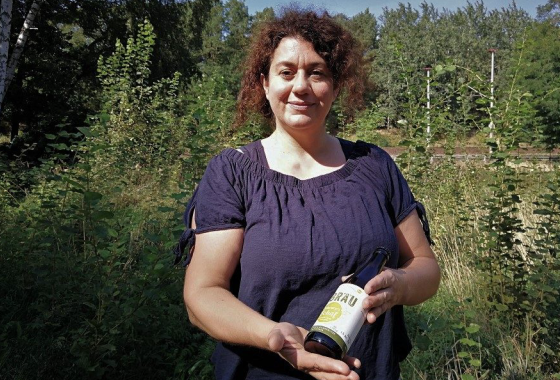 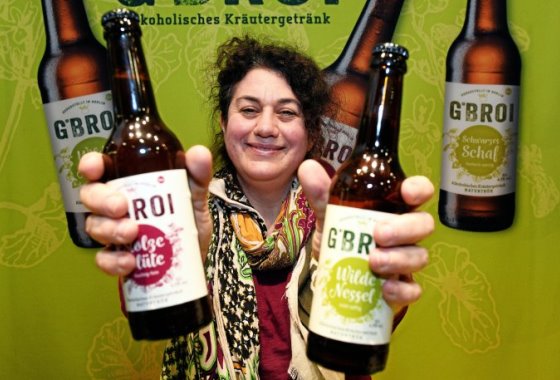 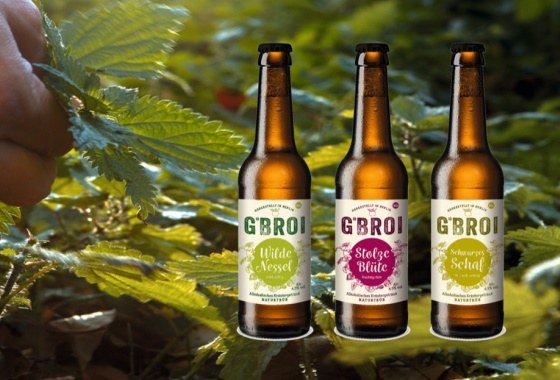 Pia Morgenroth is brewing her "Gbrois" against all hops just with mugwort, nettle, elder and ground ivy. So according to german law they need to be called "alcoholic beverage" instead of beer.

Since a few years Pia owns a wild herb meadow at the town of Thyrow in Brandenburg, very close to Berlin. There she is growing her own mugwort, nettle, elder, ground ivy - and many more.
Pia loves plants, and as a result of her passion she started to collect wild herbs and to brew tea out of them and to produce anoints and tinctures. Then she got into contact with historical recipes to brew beer and started to produce alcoholic beverages according to these.
Pia has great knowledge about wild herbs which she gained by excursions, by working on a permaculture farm in Burgenland region in Austria, by brewing courses, by researching ancient beer recipes and by cooperation with a brewer. On the other hand she is nutritionist with more than 20 years of experience in food and bio industry. As a result of Pias ancestors from Italy and Southern Germany she loves good food.
Her first brews Pia brewed at home in her kitchen - like so many craftbrewers started. Meanwhile she converted her passion to profession. Pia founded a startup called "Gbroi" and brews with lively water, barley malt, wild herbs and yeast. Because she dispenses of hops her brews don´t have a tranquilizing effect and taste less bitter compared to most beers. Instead of this the flavour seems enjoyably spicy, refreshing and light.
Gbroi is produced like gipsy beers in small and regional breweries - Craftzentrum Berlin with brewmaster Ivan and Mario and in Hartmannsdorf in Saxony.
Gruitbeers
There are three Gbrois: Wild Nettle, Proud Blossom and Black Sheep.
Wilde Nessel is brewed with nettle and wild herbs. It´s an alcoholic beverage - we would call it gruitbeer - that tastes enjoyalby sparkling and a little spicy with notes of citrus. Like all Gbrois it´s not filtered and produced according to bio standard.
Ingredients: Vitalized water, barley malt, wild herbs, yeast.
Alcohol content: 4,9 % ABV.

Proud Blossom is brewed according to Wild Nettle, but with elder instead of nettle. In case of Black Sheep it´s yarrow.
Gbroi Pia Morgenroth
Machnower Strasse 25A
14165 Berlin
Berlin
Germany